As reported last month, a fire broke out  on July 8th in the East of Beech Grove Lodge No. 694 on Indianapolis' south side. The blaze and subsequent damage destroyed the lodge room and its furnishings. The rest of the 1943 building sustained extensive damage as well.

Beech Grove Lodge became an important part of Masonic history in 1948 when Freemason, Missouri Past Grand Master and President Harry S Truman famously snuck away from the press during a campaign stopover in Indianapolis to attend a Master Mason degree. Donald Bauermeister, a young sailor from Indiana who was his physical therapist on board the Presidential Yacht back in Washington, was being raised that evening, and Truman suddenly informed his staff that he intended to be there, sending the Presidential party and Secret Service detail into an organizational tailspin. 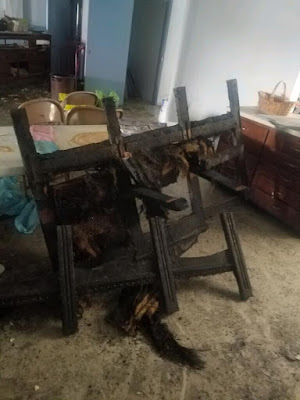 Sadly, the brethren of Beech Grove Lodge have reported that the three-seated Worshipful Master's station chair that President Harry S Truman occupied during his "secret" trip to the lodge in 1948 was damaged far beyond repair in last month's tragic fire. They will explore the possibility that a small memento can be made of the surviving pieces. 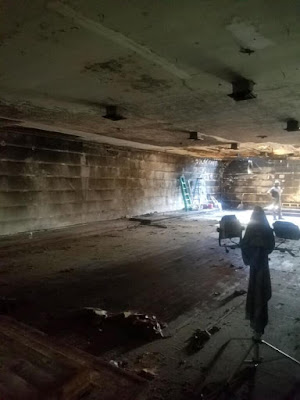 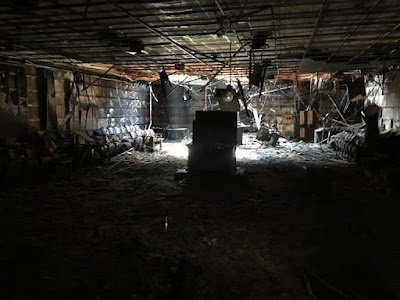 The 2nd floor has been gutted and demolition has begun on the main floor. A decision will soon be made on how many, if not all, of the joists for the roof will need to be replaced. The stone and block exterior of the temple survived the fire and will be retained in the rebuilding efforts.

Most of the paper records of the lodge survived the fire, but were heavily smoke damaged and waterlogged. However, the Masonic ring given to Don Bauermeister by his parents and handed to him by Harry Truman himself, along with his Masonic Bible signed by the President are still safely on display at the Masonic Library and Museum of Indiana, located in the Indianapolis Masonic Temple.

At the Indiana Masonic Home at Compass Park in Franklin today, Grand Master Kenneth Roy, Jr. presented Beech Grove Lodge's Master WB Kevin Upshaw with their new charter to replace the one lost in the fire. 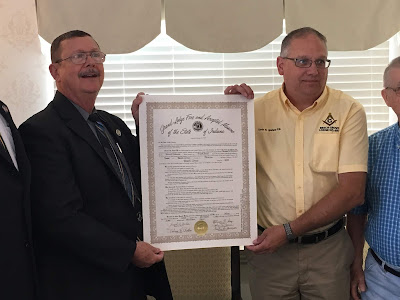