My Friend and Brother Irv Sacks 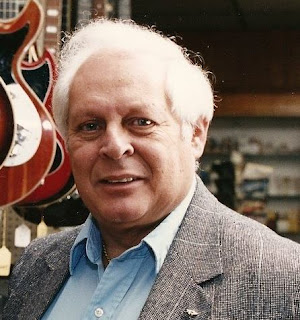 This is a very sad and personal post today. I received a message late Wednesday night that my friend and Brother Irwin H. Sacks, PM passed away Wednesday.
Irv was a true wonder. At one point he was a member of at least five Indianapolis lodges that I know of, and he was a 50 year member of Monument Lodge #657 (which merged into Centre #23 a few years ago), where he served as Master. He was also a member of Millersville Lodge #126. He served as Treasurer of Broad Ripple Lodge #643 for 10 years, which is where I first met him on the night of my initiation. He even helped a group of us back when we started Lodge Vitruvian #767 in 2002, and we have kept him as a member there ever since.
Irv was also a 33rd in the Scottish Rite Valley of Indianapolis, where he actively participated in the degrees. His role as Moses in the 14th degree was a legend, and he often said, "I've played every Jew but Jesus.".
He also served in the Downtown Indianapolis York Rite bodies. I believe he was the only Jewish Eminent Commander of Raper Commandery in modern memory - he once said to me "Of course I'll defend the Christian faith, just as I expect my Christian Brothers to defend my Jewish faith."
Irv didn't get out much in the years since his wonderful wife Sally passed away in 2009, but I chatted regularly with him on Facebook. Until Sally's death, they were both enthusiastic attendees at all of Broad Ripple Lodge's many social events. She was a member of our Order of the Eastern Star chapter until it moved and merged with Millersville's OES.
I learned much from Irv when I first joined the fraternity, and he was always ready to help in any way he could. He was often instrumental in diplomatically settling arguments between excited Brothers. But what I most appreciated in my early days at Ripple was that Irv was usually the first one to enthusiastically support a new young officer's ideas when others wanted to vote them down. I will miss his diplomacy, his wonderful stories, his unflappable good humor, and his caring friendship. My heart goes out to his sons Teddy and Steve, and I will think of Irv often.
He will be sorely missed by those who knew him.
Irv's visitation will be Monday, February 22nd between 5:30 and 8PM at Aaron Ruben Nelson Mortuary at 11411 Michigan Road in Zionsville. The family has requested a Masonic service, and it will take place at 7:00PM. Centre Lodge is handling the arrangements for the service and I suspect there will be a large turnout. I would recommend Brethren who are participating to put their apron in the car, just in case the Centre Lodge folks run out of plain white funeral aprons.
Friends may leave a message of condolences on the mortuary's website here.

I received a message from Gordon Husk at the Scottish Rite Valley of Indianapolis that after Irv's Masonic service at 7PM on Monday, there will be a 33rd degree white carnation ceremony for Irv.
From Gordon: Illustrious Brothers - If you plan to participate in the white carnation ceremony, please contact me by email at gordon.husk@yahoo.com or cell phone, so we can have a sufficient number of carnations. Thank you.