Ohio Tonight, and Thanks to Pennsylvania Brethren 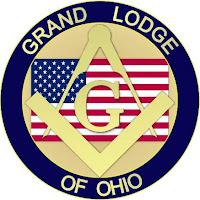 Congratulations to Ohio's new Grand Master Bradford A. Goebel and his officers, who were installed on October 15th.


My belated thanks to the brethren in Pennsylvania last weekend for their kindness and hospitality. More than 130 brothers turned out for the Grand Lodge of Pennsylvania's Academy of Masonic Knowledge in Elizabethtown. Opening the day was Brother R. William Weisberger, Professor of Humanities and Social Service at Butler County Community College and Adjunct Professor of History at the University of Pittsburgh. I thoroughly enjoyed his paper on Jews and Freemasons in Vienna and Philadelphia in the late 1700s. Many thanks to RW Thomas W. Jackson, Chuck Canning, Bill Rininger, Jim Sieber, Paul Fisher, and all of the members of the committee who work so hard to make the Academy such an outstanding program. 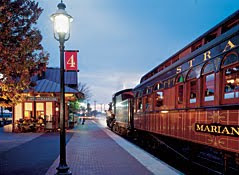 Dinner on the Strasburg Railroad with the brethren and their ladies of Charles M Howell Lodge #436 was an outstanding way to finish the day. Thanks to Worshipful Master James W. Stevenson for their kind invitation to spend the evening with them. I was a steam locomotive engineer at 14 before I could legally drive a car, and I hadn't visited Strasburg since 1976. It is well worth the visit.

I spent Sunday afternoon with Makia L. Pai, and the brethren of Ouroboros AMD Council No. 469 in Horsham, at the wonderful Otto's Brauhaus, and I was very pleasantly surprised by Brother Pai's presentation of an honorary membership in their Council.

And Sunday evening was one of the most memorable Knight Templar events I have ever attended. The annual dinner for Kensington-Kadosh Commandery No. 54 was outstanding. Eminent Commander Pai was extraordinarily generous with awards of appreciation to a large number of the knights in attendance (including to my friend Jay Hochberg who was visiting from New Jersey). And it was great to see the support Commander Pai had from both the Grand Commandery of Pennsylvania, as well as Pennsylvania's Prince Hall Knights Templar. Makia and his officers created an outstanding program of Templar education for the past year, and is a shining example of what a Commandery can accomplish with vision, determination, and strong leadership. I also had the honor of spending time with both Right Eminent Grand Commander Timothy Warco and James Swinton, Jr., (Most Eminent Grand Commander of the United Grand Commandery, Masonic Knights Templar, Jurisdiction of Pennsylvania, Prince Hall Affiliation) and their ladies. It was an outstanding evening and a memorable weekend. Thanks again to everyone who do so much for Freemasonry in Pennsylvania.
Posted by Christopher Hodapp at Thursday, October 28, 2010