April Is The Cruelist Month 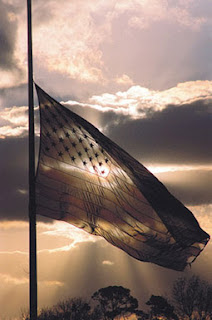 Why April?
What causes the madness?

• Martin Luther King Jr. assassinated April 4, 1968
• The seige of the Branch Davidians in Waco and the Oklahoma City Bombing - April 19th
• Columbine (and Adolf Hitler's Birthday) - April 20th
• And, lest our European critics feel compelled to start hurling "kill-crazy American" insults, 18 killed on April 26, 2002 by a gunman at a school in Erfurt, Germany.

Here are some of the innocents. There were more killed by April's latest madman, Cho Seung-Hui, and untold hundreds more whose lives have been torn apart in the blink of a news cycle with the deaths of their children.

Parents shouldn't have to bury their children. So why can't the madmen consider suicide as their first act instead of their last?

One other thought occurred to me this afternoon, and it's usually the sort of thought that appears on anti-Masonic sites.