Freemasons and the Courts 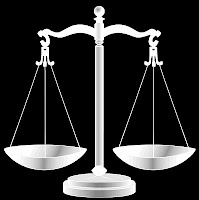 I came across an interesting historical paper by a non-Mason about the rule of law and the role of civil courts in dealing with internal Masonic disputes. Kevin Butterfield is an assistant professor of classics and letters at the University of Oklahoma.

Have a look at The Right to Be a Freemason: Secret Societies and the Power of the Law in the Early Republic by Kevin Butterfield here.

His paper uses the recent court battle between Past Grand Master Frank Haas and the Grand Lodge of West Virginia as a jumping off point to discuss historic situations of Masons suing lodges and grand lodges over the right to be a Mason, and the opinions of the courts in these cases. It's hardly a new phenomenon, and courts rely heavily on fraternal groups' own internal rules to render their decisions.

A gentle warning to grand masters who think they can make their own rules or dispense with existing ones.
at 11/07/2011