The Journal of the Masonic Society, Issue #3 In Transit Now 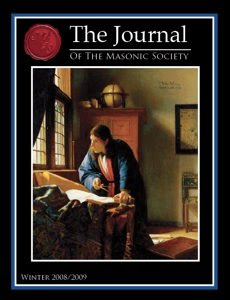 The remainders of Issue #3, Winter 2008/2009 of The Journal of The Masonic Society landed with a 150 pound thud on my doorstep, and the rest are flying into mailboxes this week.

Yes, I know it's late.
We're assembling issue #4 now.
The schedule will be caught up by Issue #5 this summer.

Meanwhile, in the new issue, we feature:
News is coming soon on the Semi-Annual First Circle gathering to be held in October!
Many thanks to our contributors, members, and advertisers.
Written by Christopher Hodapp at 5/09/2009