Pandemic Shutdowns Convince Men of the Need for Deeper Friendships 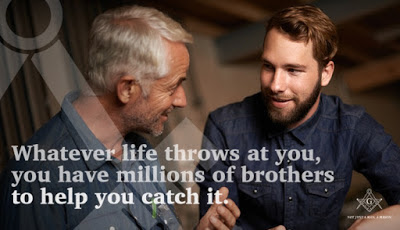 by Christopher Hodapp
An article in the Washington Post Monday (and circulated on MSN news) puts a spotlight on the emotional effects the COVID pandemic shutdowns have had on men. And apparently one of the most damaging is that isolation from in-person, male human contact is plunging them into deeper depression.
See 'No game days. No bars. The pandemic is forcing some men to realize they need deeper friendships.' by Samantha Smith.
Men were already spiraling into greater depths of depression over the last decade, ever since the Great Recession. In 2018, the suicide rate among men was 3.7 times higher than among women, according to statistics from the National Institute of Mental Health. Even though the US government officially tabulates suicide numbers two years in arrears, countless anecdotal reports all over the country from healthcare professionals this year already confirm that the pandemic has dramatically increased these tragic deaths.
But a Brigham Young University study found that social connections — with friends, family, neighbors or colleagues — improve a person’s odds of survival by 50 percent. Similar figures were noted by Robert Putnam in his breakthrough study Bowling Alone more than 20 years ago when he found that taking part in in-person, associative groups, clubs or regular gatherings dramatically increases life expectancy.
The article talks about online friendship discussion groups becoming more open and revealing as isolated men bare their souls to online buddies. It talks about klatches of neighbors pulling their lawn chairs out on the cul-de-sac and having heart-to-hearts with the guys next door and down the street. It talks about clots of friends exchanging text messages. But it dodges around something far more obvious with a very long track record of building emotional strength by providing a space and haven for cultivating true friendships among men who would otherwise be strangers: fraternalism like the kind you find in most Masonic lodges.
If we're doing it right, the lodge is supposed to be a sanctuary from the strife, pressures, provocations and challenges of the outside world. We do our best to attempt to eliminate from our meetings political and religious arguments - the two historically most contentious topics all throughout history that are most guaranteed to cause arguments. We stress and teach cooperation, agreement and mutual assistance. We do that to hopefully create an incubator for deep, personal friendships and lasting relationships. And we are united worldwide through the common bonds of our rituals and their teachings — it acts as a shorthand ice-breaker wherever you may be on Earth when you encounter a Masonic brother.
A constant question is repeated time after time whenever the non-Masonic, mainstream press writes about Freemasonry today: why don't you Masons admit women into your lodges? Surely your backwards, porcine, chauvinistic, misongynistic, lumpen, middle-class attitude is why Freemasonry is a throwback to Paleolithic pre-history. Freemasonry would be totally fixed if you aged Boomer dinosaurs just opened up to women. (Oh, and atheists.)
All of the dynamic of a sanctuary changes immediately when women are introduced into it — it just does, for a thousand different reasons. All of society seems to acknowledge that women need 'safe spaces,' support groups, girls' nights, hen parties, and other private settings where men may not trespass. Yet, few are willing to admit that men need them just as much, if not more. Articles like the Post's only serve to illustrate the point.
Posted by Christopher Hodapp at Tuesday, December 01, 2020