New GM Of New Jersey Is On A Roll 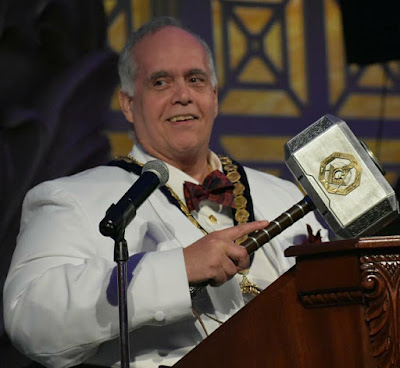 I seem to be shouting out to old friends this week – maybe that's just the natural byproduct of being in the fraternity almost 20 years.

The Grand Lodge of New Jersey has had its share of internal troubles and disputes in the past, but they seem to have truly turned things around in the last couple of years. This year, my old friend MW Roger B. Quintana has been elected as Grand Master of New Jersey, and knowing him over the years, I had a sneaking suspicion he would shake things up when he got to the Grand East.

Roger was just installed a month ago. Since then he has accomplished the following:

That was just his first month. And he promises more coming soon.

Any time I get a chance to chat with men on their way to being grand master in their jurisdiction, I always beg them to use their superpowers for Good, not Evil. Pass laws, adopt rules, and issue edicts that get out of the way, that encourage improving the lodge experience, and that help lodges to demand greatness of themselves.

Roger's clearly doing that, and he's on a roll.
Posted by Christopher Hodapp at Sunday, May 13, 2018