Oh, how I do so love our tree forts. Which is why it hurts so much to see them perish. 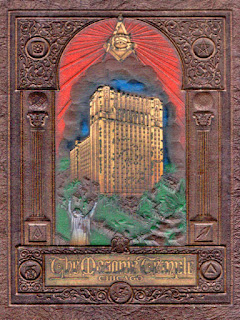 For lovers of lost architectural treasures, it's difficult to scan through the website of Chicago's Urban Remains. That sad site has been documenting the destruction of that great city's neglected, forgotten, "obsolete" buildings for a very long time now.

While their company and their associated Bldg 51 Gallery and Museum near downtown have thankfully preserved tens of thousands of architectural details and artifacts from buildings now gone, most of the edifices these were created for originally have been scraped from the Earth forever. Scrolling through their pages, you will find numberless details, lovingly created by dedicated craftsmen for things as insignificant as doorknobs, elevator call buttons, water fountains, exit signs, or just a dark corner most people never would have looked closely at. It didn't matter in those earlier times, because EVERY single detail mattered, and architects and builders built monuments for the Ages then. Not disposable, featureless, faceless, artless, identical boxes and cubicles. Architecture was an art then, not a commodity or a necessity, but a Craft.

Among the collected online archives of Urban Remains there appear at least two major Masonic temples that were both built in Chicago in the 1920s, and both were designed by prolific local architect Clarence Hatzfeld. 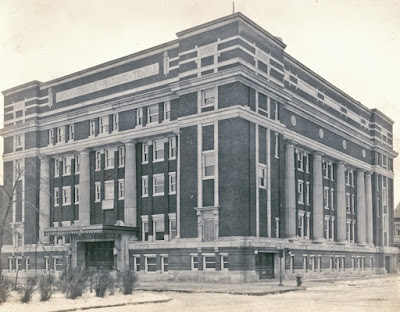 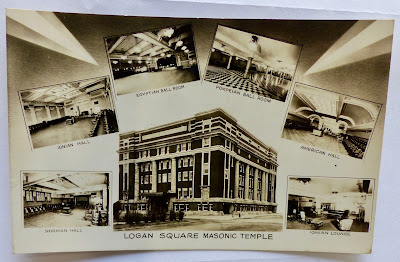 The first was the Logan Square Masonic Temple at 2451 N. Kedzie Street, northwest of downtown, erected between 1921-3. At the time of its construction, Freemasonry in the neighborhood was booming. The large and impressive Temple building was home to Logan Square Lodge 891 and several appendant bodies - and yet even as big as it was, it still wasn't capacious enough for all of the local neighborhood's Masonic-related activity. 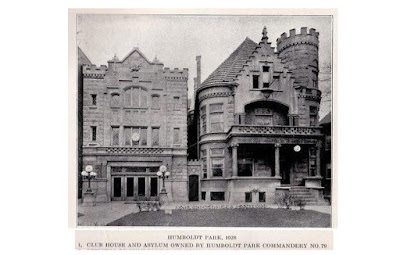 So, the Knights Templar of Humboldt Park Commandery No. 79 marched right across the street two years later, bought an 1897 Queen Anne mansion complete with a crenellated tower (appropriate for the knightly order's "club house"), and built a new adjoining asylum building as well. The two combined buildings still survive today, as the Stan Mansion (above, left) and the William Nowaczewski House (above, right). 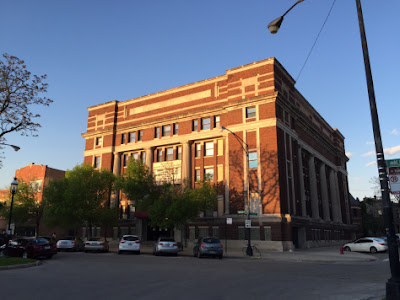 Communities change, populations shift, and just reading numbers and figures rarely tells the whole story. Just six years after the Masonic fraternity reached its most enormous size in the U.S. (and Illinois), the Masons of Logan Square sold their building away in the 1960s. It was too big, too costly, too under-utilized by the Masons who had fled to the suburbs, after just forty years or so. The temple thankfully still survives today as the popular Armitage Baptist Church. But how much did Freemasonry change in size and interest in the last century? Consider this.

Logan Square Lodge eventually merged away and became part of William McKinley Lodge 876, which would merge again and again, finally being absorbed into Clarence P. Schwartz Lodge 1163 today. But it's much more complicated than that. Look at that lodge's total combined historical pedigree:
The combined membership of what appears to have been thirteen lodges that all started merging about fifty years ago today meet in the Mont Clare Masonic Temple at 6910 W. Grand Avenue in Chicago. 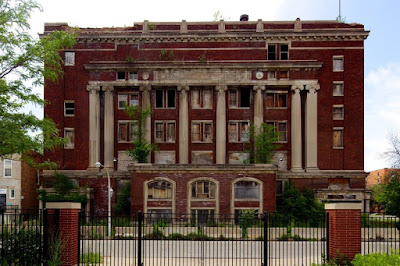 South Side Masonic Temple in 2014


Less fortunate has been down south in Englewood. After more than a dozen years of being listed at or near the top of the "Most Endangered Buildings" lists in Chicago, at long last the South Side Masonic Temple at 64th and Green has finally met the wrecking ball. In its prime, it was home to the lodges named Mispah, Boulevard, University, Kosmos, Richard Cole, Cyrene, Wildeck, and Southtown, along with countless appendant bodies. Just like Logan Square, it too was constructed in 1921, and also gave up ownership in 1964 (though many bodies remained as renters until the 1980s).

Now, after decades of neglect and the ravages of time and vandalism, Eric Nordstrom has documented its destruction on the Urban Remains website, back in January. 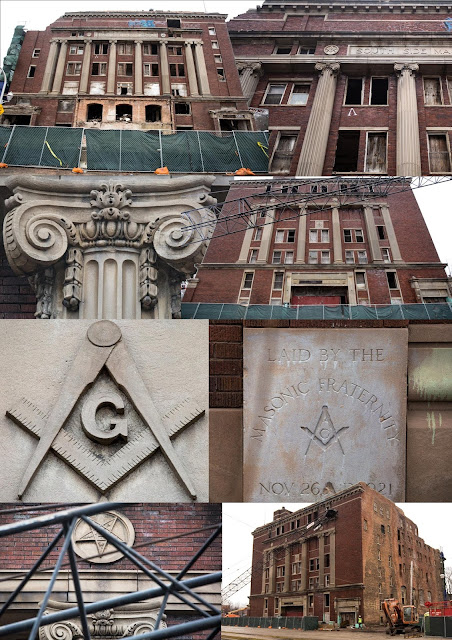 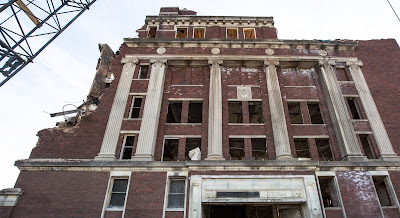 I suspect that by now, there's nothing left to mark the former presence of Freemasonry there but a muddy, empty lot.

For a quick overview of some of Chicago's Masonic landmarks,
http://chicagotonight.wttw.com/2016/11/02/ask-geoffrey-history-freemasonry-chicago
Written by Christopher Hodapp at 4/23/2018