'The Shot Heard Round the World' 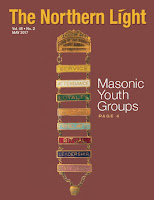 The Scottish Rite NMJ's May 2017 issue of its magazine, The Northern Light, just arrived today, and on page 3 is Sovereign Grand Commander, Illustrious John Wm. McNaughton's regular column. This month's is entitled "The Shot Heard Round the World," and is worth a few moments of your time — especially if you are a Masonic officer either occupying, or on your way to the East in a local, state, national, or international organization that has anything to do with Freemasonry.

I'm posting it here in its entirety.


The Shot Heard Round the World

"Why should I trade one tyrant three thousand miles away for three thousand tyrants one mile away?"
— Benjamin Martin, the character portrayed by Mel Gibson in the film, The Patriot 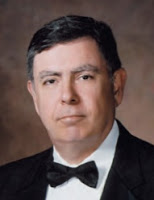 From our Northern Masonic Jurisdiction headquarters in Lexington, Massachusetts, one can almost see the Battle Green; the exact location where the American Revolution began 242 years ago, on April 19, 1775, with the famous shot heard round the world. History reminds us that the revolution was led by many Free- masons. These enlightened patriots believed in the concepts of democracy, liberty and freedom; and strongly opposed the erratic governance of King George III of England, who resided 3,000 miles from their shores.

During those difficult times of political upheaval and change, Freemasonry existed as a place of fellowship and enlightenment founded upon individual freedoms. Since that time, Freemasonry has profoundly changed. Today, many Masonic leaders no longer prioritize the same lofty ideals as our forefathers. Their focus has deviated to the behavior control of members through the arbitrary enforcement of countless rules and regulations. What happened to the golden age of Freemasonry when our members cared more about each other than rules and regulations? Today, it is obvious that some leaders of the fraternity are more concerned about the needs of the institution than the needs of our members.

Is it possible to imagine the Masonic fraternity as it exists today ever again leading a great revolution?

Currently, very few of our members actively attend our meetings; a sad commentary for any organization, much less this of ours. Today, it appears to be all too easy for our members to stay home rather than endure meetings which emphasize too many edicts and decrees, and a continued emphasis on the importance of memorized ritual. Perhaps it’s time for all of us to reflect upon our past and understand that the focus and vision of the Masonic fraternity was on fellowship, personal freedoms and creating a better tomorrow.

Like the American Revolution of 1775, Freemasons of the 21st Century must “plant a tree, under whose shade you do not expect to sit.” In all likelihood, the revolution within the craft will not begin with some monumental gesture— a shot heard round the world — but with a single act of kindness, without any expectation of reward or benefit. It certainly will not happen while performing ritual in front of a few officers in the narrow confines of a lodge room.

Rather, it will happen in the Temple within each of us when we call upon a worthy Brother in distress, his widow or orphans; when we welcome a new member; when we write a note of well-wishing or concern to another Brother; when we visit a member in the hospital; or when we pay our last respects alongside the family of a departed Brother. When that day comes, and we understand the importance of our lifelong friend- ships and caring for each other, our revolution truly will have begun.

It took our forefathers eight long years to free themselves from the shackles of tyranny. How long is it going to take Freemasonry do to the same?

DISCLAIMER - Any comparison of current Masonic leaders to King George and the pre-revolution British redcoats is purely coincidental and mostly unintended.


Grand Commander McNaughton is retiring this August at the Annual Meeting in Rochester, New York. His successor was nominated last August, and is the first time that a new AASR-NMJ leader has been announced so far in advance. When it was revealed that Illus. David A. Glattly 33° of New Jersey would be the nominating committee's recommendation, McNaughton echoed the theme of this month's editorial when he said, “We began a decade ago—shifting the priorities of Northern Masonic Jurisdiction back to caring for our members, and bringing compassion to the forefront of our Fraternity."

As I review the last few years' of posts here while hunting some information down for my own project recently, I can't help but be struck by that message. In fact, our Grand Lodge's annual communication is happening here in Indiana next week (John McNaughton's own home jurisdiction, as well). Hopefully, that compassion will be at the forefront of all that transpires.

"Bringing compassion to the forefront of our Fraternity." That would make a mighty fine motto around a few grand lodge seals I can think of. No Latin required — English would be perfectly okay.
Posted by Christopher Hodapp at Friday, May 12, 2017