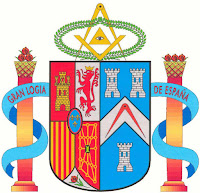 (Yes, I know that Napoleon and Lincoln weren't Freemasons. The author was misinformed. - CH)
Posted by Christopher Hodapp at Friday, April 01, 2016