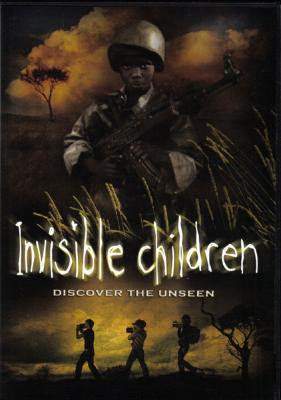 Alice and I had the distinct honor of attending the Heartland Film Festival's Crystal Heart Awards dinner Saturday evening. Filmmaker Jason Russell and his beautiful wife Danica, and their 5 month old son were at our table.

Maybe you've heard of the documentary Invisible Children, maybe you haven't. Take the time to go to their website and see what the power of determination of Jason and his two young friends have done to make a difference in a part of the world few Americans ever think of.
http://www.invisiblechildren.com The film is incredibly powerful and heartbreaking. But what has happened in the few years since they bought a camera on Ebay and made their unbelievable trip is nothing short of miraculous. It started as a really badly shot documentary by guys who didn't have the slightest idea of what they were doing. But they uncovered a terrible story of children being forced to fight in a civil war, and when they came home, it turned into a movement and a foundation that has raised more than 12 million dollars in less than three years to build schools and to provide the kind of aid in African villages that really helps. All from a grass roots organization that grew out of three white suburban kids going into a war zone and finding out what was really needed. 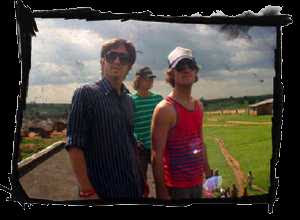 Over the years at Heartland we've had the extraordinary pleasure of meeting Indiana-born director Robert Wise, Jaimie Redford, actor Jim Caviezel, Karl Malden, Maureen O'Hara, Robert Duvall and many others. But I am impressed beyond belief at the accomplishments of the three men who made Invisible Children.
Written by Christopher Hodapp at 10/21/2007