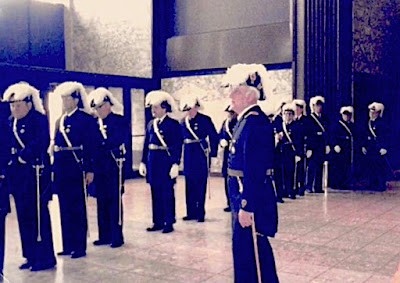 "If you make a mistake, do it sharply."

These were the wise words of Sir Knight George D. Kivett, Jr., who is known far beyond the boundaries of Indiana for his long career as the Captain of Raper Commandery No. 1's Drill Team. It has been my great honor to have known this humble gentleman for nearly twenty years.
Sir Knight George D. Kivett, Jr., passed to the Celestial Lodge on Tuesday, June 9, 2020 in Indianapolis, Indiana at the age of 90.

George Kivett has been universally acknowledged as the most successful Drill Captain in the history of the Grand Encampment of the Knights Templar of the USA, serving from 1970 through 2007 and winning seven Triennial Drill Competitions out of eight - six of which were won consecutively. 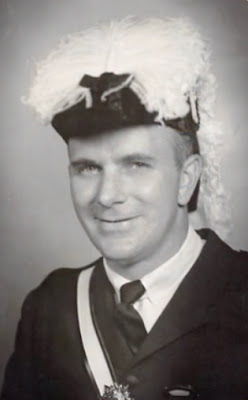 George was born Indianapolis, Indiana on April 25, 1930 to George D. Kivett, Sr. and Maggie Effie Kivett. He enlisted in the United States Army in 1951 and served three years before returning to Indianapolis Power and Light for a long and fulfilling career, retiring after 45 years of service as the Assistant to CEO for Employee Affairs.

George D Kivett, Jr, was raised to the sublime degree of a Master Mason at Mystic Circle Lodge No 685 on June 28th, 1958. He was exalted as a Royal Arch Mason at Indianapolis Chapter No 5 and greeted as a Royal & Select Master at Indianapolis Council No 2 on March 18th, 1960. He was dubbed and created a Knight of the Temple at Raper Commandery No 1 on March 23rd, 1960. He has received the Grand Commandery’s Distinguished Service Award. He is a Knight of the York Cross of Honor (KYCH), a Knight Commander of the Temple (KCT), and an Honorary Past Grand Commander of the Grand Commandery of Knights Templar of Indiana. 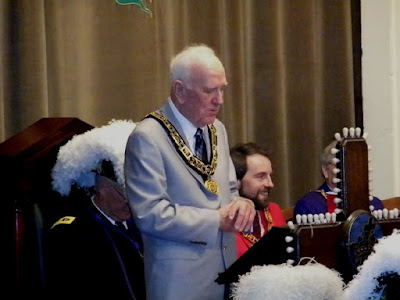 George is preceded in death by his parents, his wife, Martha Kivett and brothers Adolphus Kivett, William (Bill) Kivett and John Kivett. 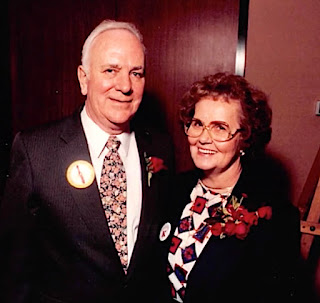 Due to COVID-19 private services for the family will be held at Flanner Buchanan - Floral Park at 425 N. Holt Road, Indianapolis, Indiana.

In lieu of flowers, memorial contributions may be made to The American Cancer Society.

If you knew George, please visit the Flanner & Buchanan website and leave a message on the guest book there: https://flannerbuchanan.com/obit/george-d-kivett-jr/

His column is broken, and his brethren mourn.

Requiescat in pace.
Written by Christopher Hodapp at 6/13/2020