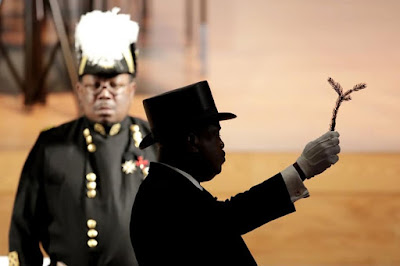 Brother Cummings passed to the Celestial Lodge on October 17th at the age of 68. He was a member of Baltimore's Corinthian Lodge No. 62.


Cummings' body was laying in repose on Thursday at historically black Morgan State University in Baltimore. He was a Prince Hall Mason in Baltimore, and his casket was flanked by an honor guard of Prince Hall Masonic Knights Templar for the duration of the memorial service. 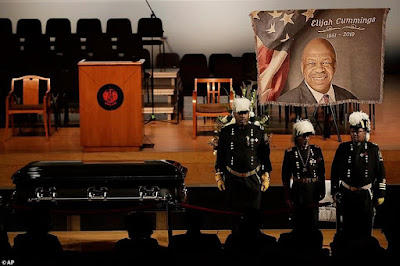 In addition to the many members of the MWPHGL of Maryland, Prince Hall Brethren came from West Virginia, Pennsylvania, the District of Columbia, and Hawaii to take part in this ceremony.

If you have a Facebook account, a video excerpt from the broadcast showing the Prince Hall ceremony can be seen HERE.

Elijah Cummings served on Morgan University's Board of Regents for 19 years, and it was one of his final wishes to lie in repose there. On Thursday, his casket was moved to Washington D.C. where he lay in state at the U.S. Capitol. 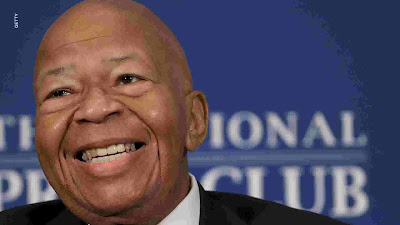 Born in 1951, Brother Cummings served twelve terms in Congress for Maryland’s 7th Congressional District beginning in 1996 and most recently in the 2018 election. He represented portions of Baltimore and Baltimore County, and was popular with his constituents, typically receiving more than 70 percent of the vote and once running entirely unopposed. In Congress, he served as chair of the Committee of Oversight and Government Reform. Prior to his service in Congress, Cummings was a member of the Maryland House of Delegates for 14 years, where he was the first African American in the state’s history to serve as Speaker Pro Tempore. He is survived by his widow, Maya Rockeymoore Cummings.

His column is broken, and his brethren mourn.

(The Youtube of the Live Stream begins after the Masonic service had started, and can be seen below.)