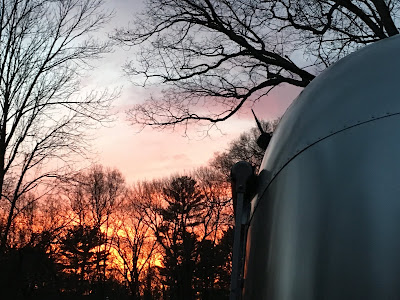 Many thanks to everyone who came out to the Providence, Rhode Island Scottish Rite Center on April 17th for the meeting of St. John's Lodge No. 1 in honor of the Deputy Grand Master,  RW Robert Palazzo and his final visitation through the District. I deeply appreciated the warm welcome, the great food, and the wonderful fellowship. It was great to see old, familiar faces from the last time I was here almost ten years ago, along with meeting new friends.

And of course, congratulations to MW Grand Master Glenn Carlson for his outstanding year in the Grand East.

Most of all, my deepest appreciation to Brother Richard Lynch for his very kind invitation and hospitality.

The great thing about being in this part if the country is how close by everything is. While we were staying outside of Providence in Middleborogh, Massachusetts, just south of Boston, it gave me the opportunity to drive around and spot other lodges throughout the area.

Driving out into Cape Cod we found Dewitt Clinton Lodge in Sandwich, and a pretty piece of work it is, too. 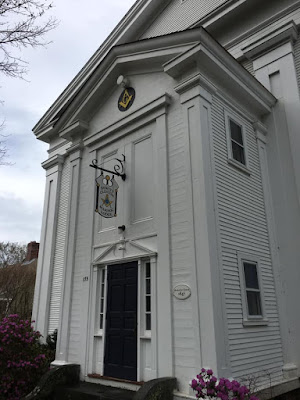 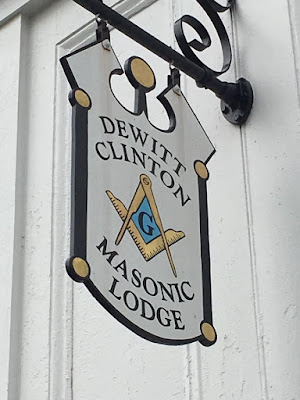 In the middle of Cape Cod, I came across Fraternal Lodge in Centerville.

And swinging back up to Plymouth, home of Plymouth Rock and the first Pilgrim settlement, I found Plymouth Lodge.

I also stopped in at Middleborough's May Flower Lodge last week and was lucky enough to find Brother Bill Allison working there (God love and protect all lodge Secretaries). He gave me a tour of their beautiful 19th century historic home. The lodge moved into the historic 1800 Horatio Barrows house back in 1977, and they have preserved much of the house's original furnishings and feel.

Even in 1977, Freemasons were still doing crazy things like bequeathing their houses or property to their Masonic lodges because the brethren and the lodge meant so much to them when they were alive. You don't hear much about that these days, I'm afraid. Maybe we need to start asking... 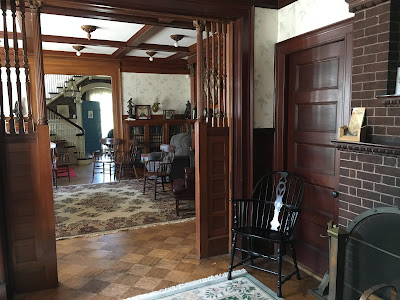 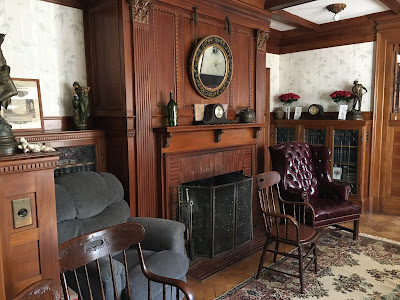 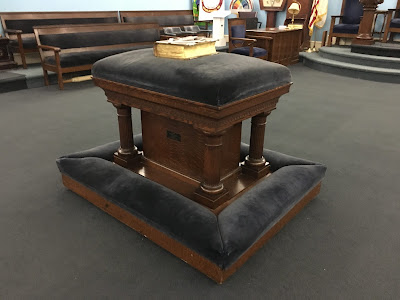 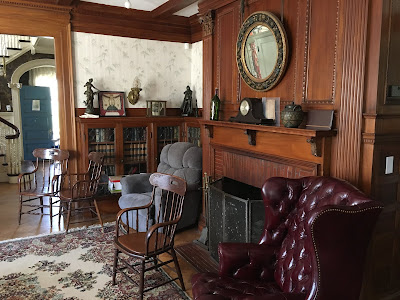 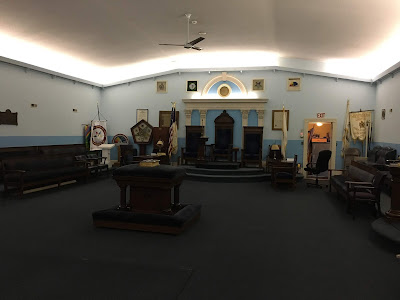 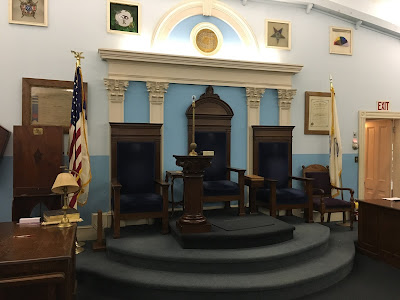 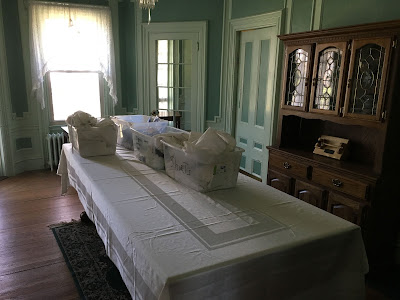 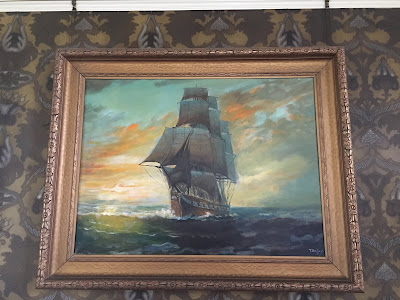 MW Glenn Carlson, Grand Master of Rhode Island provided the following background about some of the treasures of the lodge:


May Flower Lodge has had many noted visitors, but none better known than Charles S. Stratton, of St. Johns Lodge No. 3, Bridgeport, Conn., better known to the world as General Tom Thumb, husband of one of Middleboro's famous Lilliputians, Lavinia Warren Bump.

Among the cherished possessions of the Lodge is a Masonic apron 206 years old that was presented to Bro. Charles S. Stratton in Canada in 1863. He was a frequent visitor to May Flower Lodge and first recorded as such August 16, 1864. Another cherished memento is the traveling card of our late Bro. John N. Holmes, Master of Whaling Bark Sea Fox, New Bedford, who was killed by an explosion of gun powder on the West Coast of Africa, where it was found in the possession of a native by Mr. Crapo, another whaler who knew Bro. Holmes and returned it to the Lodge. 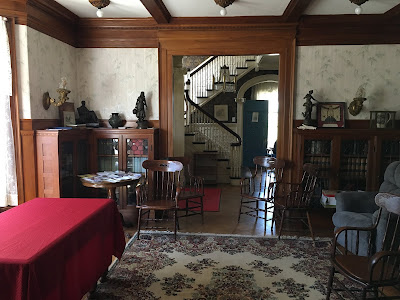 Next week: Maine and Masonic Con