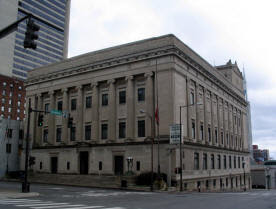 Two shows will be taped each day between February 20th and 24th, at 3 PM and 8 PM. The public may attend at no charge, by going to www.legendsandlyrics.com and printing a pass.

Several years ago, the Grand Lodge of Tennessee made a major commitment to restoring and maintaining its beautiful Nashville headquarters, by passing a $10 per member per capita increase, for a period of the next 20 years. There aren't many jurisdictions that would make such a bold investment in their architectural heritage, but the brethren of Tennessee stepped up to the plate, and it is paying off with high visibility events like Legends & Lyrics. It's high time that our Masonic buildings stopped being invisible within the communities we seek to serve.
Written by Christopher Hodapp at 2/18/2009