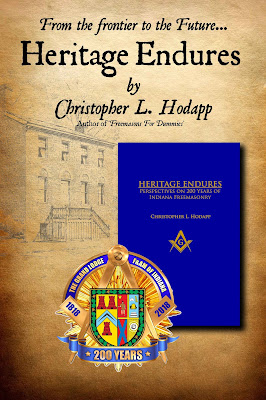 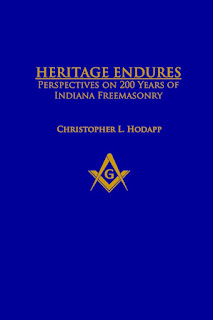 Freemasonry crossed the frontier into the Indiana Territory officially in 1809 when the Grand Lodge of Kentucky organized Vincennes Lodge No. 15 in that growing town along the banks of the Wabash River. It would take nine more years and the declaration of Indiana statehood before the formation of the Grand Lodge of Indiana F&AM on January 13, 1818 in Madison. Since that time, Indiana's Freemasons have been at the center of their communities, their state, and the nation.

Heritage Endures by Christopher Hodapp (Freemasons For Dummies) is a different type of grand lodge history book.  It frames the Hoosier state's fraternity within America's history and the outside Masonic world for the last two centuries. Heritage Endures explores some of the most fascinating, heroic, touching, turbulent, and a few of the most unsettling moments of Indiana's and America's Masonic history.

• The struggles between Indiana's Freemasons and the Ku Klux Klan of the 1920s, led by the most powerful Klansman of his day

• The whys, wherefores, and results of shifting membership on American Freemasonry

• How computers and 'E-Masonry' changed almost everything in the fraternity

This book was commissioned by the Grand Lodge of Indiana F&AM for its 200th anniversary. But Heritage Endures goes far beyond the borders of Indiana and tells a broader tale of Freemasonry as a fraternal and social force that has evolved and adapted to suit the times in which it has resided. It is a unique series of perspectives of the Masonic fraternity in America as a whole, using the Hoosier state's Masons and their lodges as an example of the nation's wider fraternal landscape.

"I don't know if the Grand Lodge of Indiana is special, but this history is—it's well written and fascinating to read..." — S. Brent Morris, Scottish Rite Journal

"Christopher Hodapp is one of the leading Masonic authors and voices of the present time." – Alton Roundtree, The Phylaxis Magazine 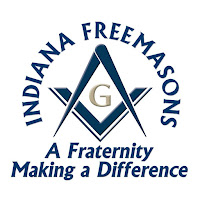 
Please feel free to review the book in the comments section below: