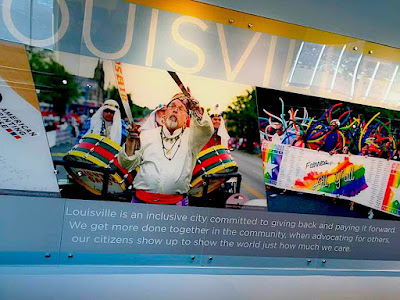 It's gratifying to know that Shriner Masons count when touting diversity and inclusiveness in Derby City.

Spotted by attendees at the Conference of Grand Masters at the Louisville airport this week was this signage celebrating the city's 'inclusiveness' as its biggest strength. That's a parade unit from Kosair Shrine on the left of the poster.

It does a community good to remind them every once in a while just how important Freemasons are to our civic life and have been for a long time. It used to be that "everybody knew" who and what the local Masons did in their area, who they were, and why it was worthwhile to actually join a lodge and take an active role in keeping up the good work. As our membership shrinks and fewer extended family relatives or neighbors have that tradition to pass on, too many of our fellow citizens don't know anymore.

Today, Kosair Charities is the largest charity for children in the history of the region known as Kentuckiana. Louisville's Masons who make up the Shriners, via Kosair Charities, have been improving children's lives in Kentucky and Southern Indiana ever since 1923 when they opened the Kosair Crippled Children Hospital, which later consolidated into Louisville's Children's Hospital in 1982 (since renamed Norton Children's Hospital). 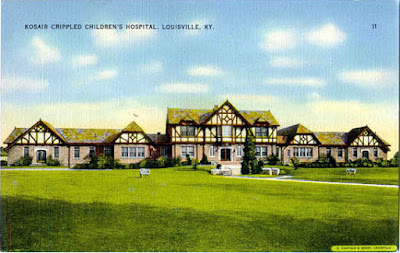 After the consolidation, Kosair began providing grants to support pediatric programs such as The Kosair Charities Pediatric Convalescent Center at the Home of the Innocents. 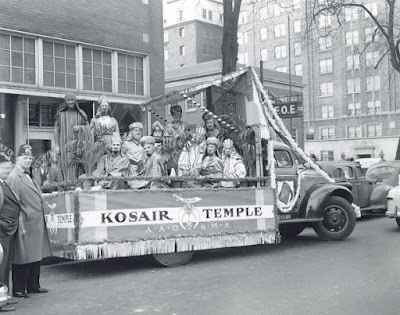 Kosair Charities provides individual help to children outside hospitals through the Kosair Kids program, which arranges for medical referrals, financial assistance and transportation. The former Kosair Crippled Children Hospital property is now the campus for the Sam Swope Kosair Charities Center, and in 2013, they opened the Kids Center for Pediatric Therapy and Bluegrass Center for Autism. Today, through an extensive grant program, Kosair Charities is able to support numerous agencies around the state that provide crucial medical care to children.

An old friend has always told me "All Freemasonry is local," and our neighbors need occasional reminding that we're still alive and we still want good men to join us.