Could You Phrase that As a Question? 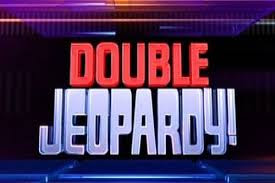 On Monday evening's episode of the enormously popular American television game show Jeopardy!, the 'Double Jeopardy' round featured a question category "Rite You Are." If you're not aware of the setup of the show, the answers in each category increase in perceived difficulty as they rise in value. So make of it what you will that the last, and ostensibly the most difficult one - worth $2,000 - was the following: 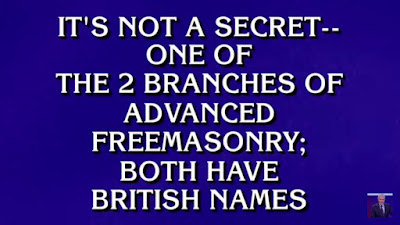 The ultimate champion of the night, Jackie Fuchs, successfully answered "What is the Scottish Rite"? I suppose we should at least be grateful that ANY of the three contestants was aware of Freemasonry enough to know. My guess is that 56 years ago or so when Jeopardy! first went on the air, all three would have known of the Scottish or York Rite, or even both.

Here is the archive of all questions and answers from the episode.

Jackie Fuchs is currently a writer and an attorney from Los Angeles, but in her earlier days, she went by the name of Jackie Fox and was the bass player for the teenage all-girl band, The Runaways, between 1975-78, back when the world was young and dinosaurs ruled the Earth. 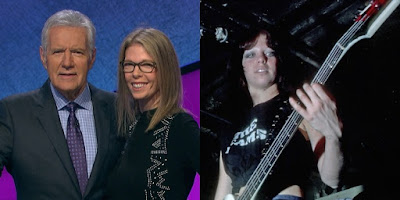