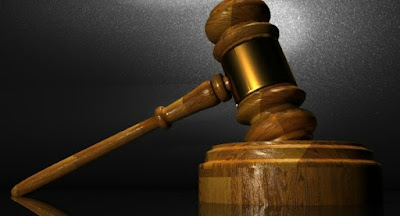 The Authors Guild is a membership organization dedicated to supporting its largely U.S. members on the business side of the publishing industry. Their mission is to "advocate for the rights of writers by supporting free speech, fair contracts, and copyright," and their members are novelists, historians, journalists, poets, literary agents, and more. They provide legal advice on publishing contracts and copyright lawsuits, liability insurance for authors, help to get books that have gone out of print back into the marketplace, and even host websites for authors who don't have much computer expertise.

One of their longstanding goals has been to pass federal legislation that will aid authors in the fight against copyright infringement, which has taken on nightmarish proportions in the digital age. After a decade of work, that possibility has finally been nudged a little closer this week.


Today Rep. Hakeem Jeffries (D-NY), a member of the House Judiciary Committee, introduced a bill, entitled the Copyright Alternative in Small-Claims Enforcement (CASE) Act of 2016, H.R. 5757, that would establish an accessible and efficient forum to resolve “small” copyright claims. The legislation, co-sponsored by Rep. Tom Marino (R-PA), would allow individual authors to protect their intellectual property rights without having to file expensive and complicated federal lawsuits.

The Authors Guild has been actively advocating for a small copyright claims court since 2006, when we testified before the House Judiciary Committee about the need for such a venue, citing an Authors Guild survey that revealed most authors do not have effective access to the courts for many of their copyright infringement claims. As the threats to authors’ copyright incentives have increased since that time—due to the growth of digital book piracy and courts’ reluctance to enforce digital rights—so have our efforts to establish a small claims court. The Guild has been working with Congressman Jeffries’ office on this proposal for several months. It deals with many of the difficult issues involved with creating an effective small copyright claims tribunal.

If you're an author or publisher of original works, I urge you to contact your Congress critter and ask their support of H.R. 5757. It's taken three years just to craft it and get it introduced in the House. The Author's Guild has spent a lot of time and resources to get things to this point, and if enacted, it will provide a much less expensive alternative for authors who seek compensation from piracy of their work. In essence, the law would create a small claims court for authors and publishers.

The internet, self-publishing, cheap print on demand technology, and just plain the ability to easily cut and paste material from other sources have all made this kind of revision to U.S. copyright provisions essential. Not every author has the resources of Random House or Hachette behind them, and the Big 6 publishing companies can often afford to just absorb losses when their product is stolen, and to pursue only the most egregious cases. But struggling authors can't.

Masonic authors are particularly vulnerable to theft, because ours is a very tiny publishing niche. Massive publishing houses have little or no interest in our works at all (unless they can tie it in to a Dan Brown title or some worldwide event), and self-publishing is often the only opportunity Masonic authors have to get their years', and sometimes decades, of work into print. Publishers that specialize in Masonic titles will tell you that, while a major media giant won't even consider a title if it can't be expected to sell at least 20,000 copies or more, folks like Cornerstone, Lewis, Macoy and others often count 1,500 copies as a runaway Masonic blockbuster.
While the proposed law can't stop our books from being illegally digitized and posted on bit torrent sites hosted in Russia, it can at least offer you and me a way to more affordably go after the domestic thieves. That's a good start.
To find your U.S. Representative and their contact information, CLICK HERE.
(As a side note, brother Freemason Theodore Roosevelt signed the Copyright Act of 1909 into law on his last day as President. He went on to become the first vice-president of the Authors Guild.)
Posted by Christopher Hodapp at Thursday, July 14, 2016