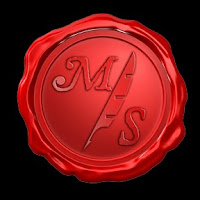 Issue 20 of the Journal of the Masonic Society is winging its way to the printer. Articles include:

Not a member of the Masonic Society yet? Visit http://www.themasonicsociety.com and sign up for a paltry $39 a year. You'll get a membership card, lapel pin, four issues of the best Masonic magazine available, and the drop dead, coolest membership patent you've ever seen.
Written by Christopher Hodapp at 6/08/2013