Truman Lecture This Weekend in Missouri 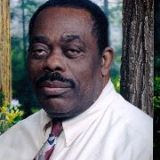 Alton G. Roundtree will speak on the history and development of Prince Hall Freemasonry as the Spring 2013 Truman Lecturer on Saturday, May 4th, 2013. His presentation will be followed by a Q&A session. Grand Lodge Complex, Columbia, MO. $20 lunch and lecture.

Alton G. Roundtree is the President of KLR Publishing. Alton retired from the United States Air Force after a 20 year career. After retiring from the Air Force, he worked for the Mitre Corporation and Northrup Grumman.

Alton has received accolades from around the world as Editor of the award-winning Prince Hall Masonic Digest, a 48-page quarterly Masonic newspaper, which world-class writer Dr. S. Brent Morris referred to as among the best Masonic publications in the world." He has written many articles for the Prince Hall Masonic Digest. Alton is also the new editor of the Phylaxis Magazine.

Alton began his editorial and publishing career in the United States Air Force where he acquired his skills in editing, publishing and printing. On several Air Force assignments around the country and world he was Chief of the Publishing Division. Alton wrote and edited numerous Air Force publications.

Alton has been invited to speak at a number of conventions and meetings including the Philalethes Society, Phylaxis Society, Blue Friars, and Academy of Masonic Knowledge of the Grand Lodge of Pennsylvania.

Alton was raised a Master Mason in 1978, and in 1991 he became Worshipful Master of Redemption Lodge No. 24, the largest Lodge in the Washington, D.C. Prince Hall Jurisdiction. His Lodge was named Lodge of the Year under his stewardship. Soon afterward he held several key positions in the Most Worshipful Prince Hall Grand Lodge of the District of Columbia, among them: Computer Systems Officer, Director of Public Relations, Chairman of the Information Management Committee, Assistant Grand Secretary, Director of the Computer Training Center, Editor of the Masonic Digest, and Vice Chairman of the Prince Hall Recognition Committee. He has received numerous awards from the Grand Lodge including Master Mason of the Year, Journalistic Excellence Award, Perfect Ashlar Award and many superior service awards. In 2010, Alton received the Prince Hall Grand Lodge’s highest award, The S. Matthew Hendershott Award. He is also a member of the Jonathan Davis Consistory No. 1, Mecca Temple No. 10 (Shriners), Mt. Vernon Chapter No. 1 (Holy Royal Arch Masons), Henderson Commandery, and Redemption Chapter No. 14 of the Order of Eastern Star. He is a 33rd Degree Mason.

As vice chairman of the Recognition Committee, Alton has been at the table with District of Columbia mainstream Masons for Prince Hall Recognition on three occasions; the Grand Lodges, Holy Royal Arch Masons, and Cryptic Masons.

Alton was Worshipful Master (2009-2012) of the David A. McWilliams, Sr. Research & Education Lodge of the Prince Hall Grand Lodge of the District of Columbia.

Alton is a member of two distinguished Masonic Groups, Society of Blue Friars (2011) and Masonic Brotherhood of the Blue Forget-Me-Not (2008). Other affiliations include the Philalethes Society, Masonic Society (Fellow), and Phylaxis Society (Fellow).