Sitting in the crowd with about 450 new Masonic friends waiting for
the commencement of the Master Mason degree for the MGM 2017 event.
(Photo by Nel Pacis. Click to enlarge.) 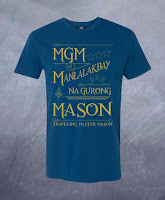 It's Sunday and I'm flying back home from this outstanding Manlalakbpay na Gurong Mason weekend in San Francisco. This is the first time I've ever spoken at an occasion I can't pronounce, but it's been a wonderful experience. How the heck did I never hear of this before?

My deepest thanks to Worshipful Brother Miguel Jabagat, Jr. of Crocker Lodge 212 in Daley City, and to Brother Ressi Esquerra of Vegas Lodge 32 in Nevada for their friendship and their very kind invitation. Without them, I might not have met more than 450 brethren and their ladies this weekend.

Nor would I have been aware of just what a very big deal this annual gathering is.

It was also great to spend some time with Brother George Gray of Lodge Hamilton 233 in Hamilton, Scotland. (Hamilton 233 was chartered in 1810, and shares quite an impressive building with Lodge Hamilton Kilwinning 7, near Glasgow.) 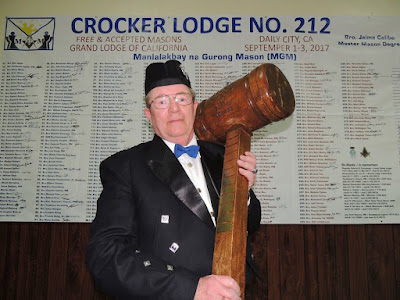 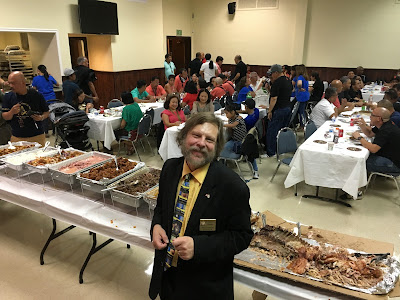 You feed 400+ hungry Masons and their ladies in waves,
and a roast hog makes a good start
(that's what's left of the hog behind me, not the foreground subject). 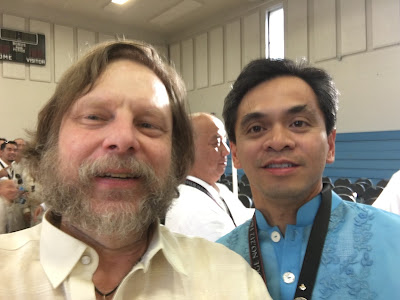 Congratulations to my newest Masonic Brother, Jaime Calibo, raised at Saturday's MGM event. Some Facebook friends have questioned the appropriateness of an occasion as important as a Master Mason degree being conferred in a packed gymnasium with less than perfect acoustics. I had a chance to speak briefly with Brother Jaime after the madness of the day's events, and I was happy to discover he was thrilled to be at the center of the attention of so many brethren from all over the globe. Rest assured, he was honored and overwhelmed by all of the attention and brotherhood surrounding him. MGM is a landmark event in the Filipino Masonic community. It was more than appropriate, and made a suitable impression upon him that he won't ever forget.

The day's degree work was impeccable, including the several additional charges performed after the lodge officially closed. While there were some notable differences in the wording or the delivery, it was curious for me to note that I had seen ALL of them done in my own Mother lodge over the years on any given Master Mason degree evening, especially in our earlier days—usually by visiting brethren. We give wide latitude to Masons here in Indiana to include these "optional" charges without having to formally close the lodge first, and many are within our official  Monitor. That's why it behooves Masons to travel as far and wide as possible and see all you can, across the country and the world. And why some jurisdictions need to loosen their corsets over what is considered perfectly regular in recognized jurisdictions just across their own state lines. 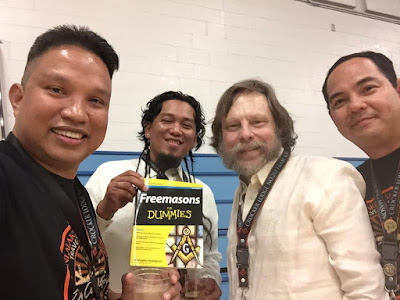 At the end of the afternoon, and before the party for the evening kicked into high gear, it was announced that next year's event, Manlalakbpay na Gurong Mason XVI 2018, will be in Salinas, California. If you've never attended one of these gatherings before, don't skip an opportunity if you are in the vicinity in the future. You will be bowled over by the full-throated warmth and brotherhood expressed by these brethren who demonstrate all that is good and admirable and the very best about the fraternity of Freemasonry.

And I'm very happy to finally own my very first Masonic barong after all these years.

Well done, Brethren. And thanks again for asking me to take part.
Posted by Christopher Hodapp at Sunday, September 03, 2017