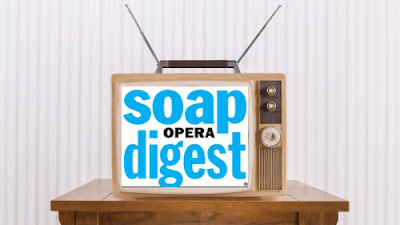 by Christopher Hodapp
UPDATED Friday 9/11/2021-
Instead of posting new articles every time a new letter is issued or becomes available, I am adding updates to this original message. This most recent update adds a letter written by David Kussman in response to Templar Grand Master Johnson's demand for his resignation on September 4th. I also include a rebuttal penned by Past Grand Master Nelson this past week.
As Katherine Hepburn famously quipped in The Lion In Winter, "What family doesn't have its little ups and downs..."
I was hoping for at least one good news story to post between last week's Grand Encampment vs. Great Priory of America CBCS related drama, but, alas, no. Masonic social media was atwitter over the Labor Day weekend with more drama out of the Grand Encampment of Knights Templar in the United States (GEKT). On Friday, September 3rd, Templar Grand Master Michael B. Johnson issued a letter to his Deputy Grand Master, David J. Kussman, calling for his resignation (image below):

On Saturday, DGM Kussman responded to GM Johnson's demand with the following letter: 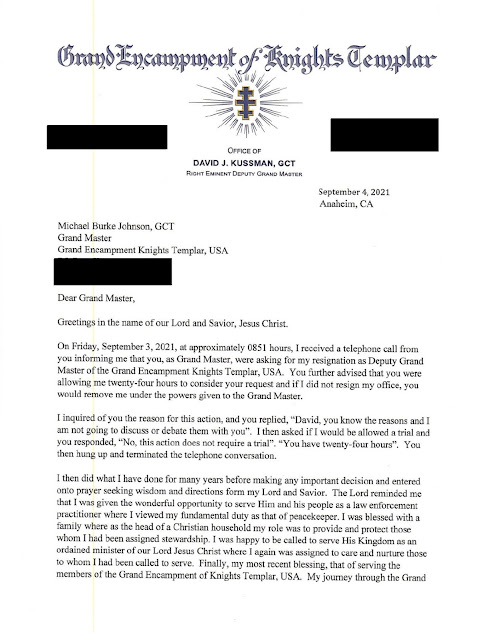 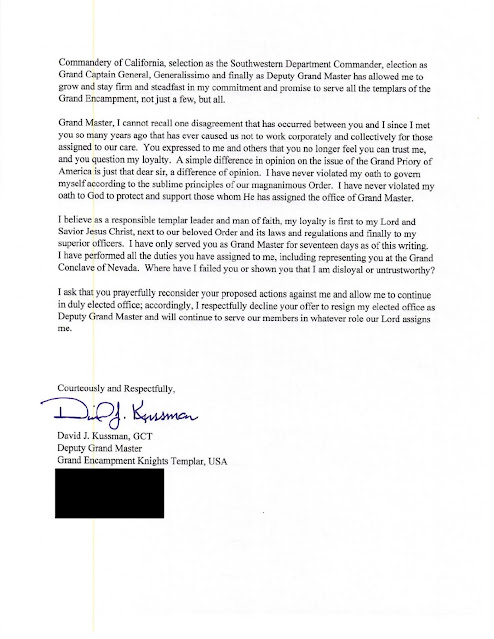 (Please note that these letters were posted to a public website that was created to call for a special conclave to deal with issues of the last two weeks. I have not obtained them improperly.)
In response, GM Johnson formally removed DGM Kussman from office on Monday in a letter that was circulated to officers, Past KT Grand Masters and others (image below): 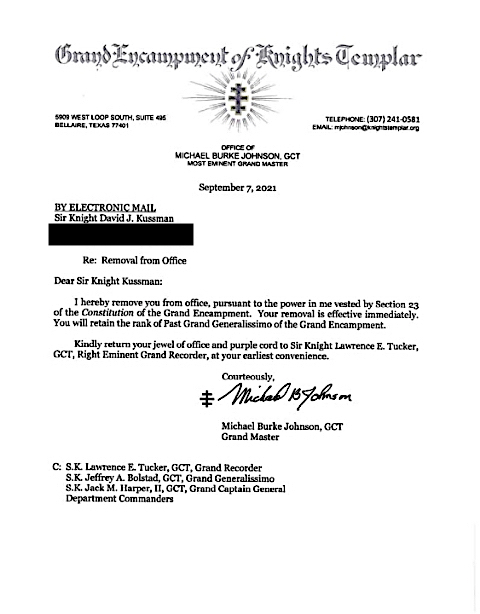 Yes, Kussman's removal is at least partially related to the GPA drama and attempts to negotiate some kind of mutually agreeable truce between the two organizations. The word is that the Grand Encampment officer line will be advanced this coming Saturday, September 11th to fill Kussman's vacancy, and a new Captain General will be appointed.
Meanwhile, Sir Knight Ben Williams has devoted today's episode of his Rocky Mountain Mason Podcast, RMM-060, to explaining the ongoing situation within the GEKT. Ben was named by the immediate Past Grand Master Jeff Nelson to chair the Jurisprudence Committee at the Triennial last week when its appointed chairman was unable to attend. HEAR IT HERE.
UPDATED 9/8/2021 4:43PM
My understanding late Wednesday is that Sir Knights Bolstad and Harper shall be advancing to R.E. Deputy Grand Master and R.E. Grand Generalissimo, respectively, and that Past Department Commander James McGee shall be appointed as Grand Captain General.
Two large documents were prepared for the Triennial explaining the origins and opposing positions of the Great Priory of America/CBCS and the Grand Encampment of Knights Templar USA. You need to read both documents to see the disagreement from both sides. These two pdf documents can be accessed HERE.
UPDATED 9/10/2021 11:50PM:
Past Grand Master Jeffrey N. Nelson has now weighed in with his own statement in defense of David Kussman: 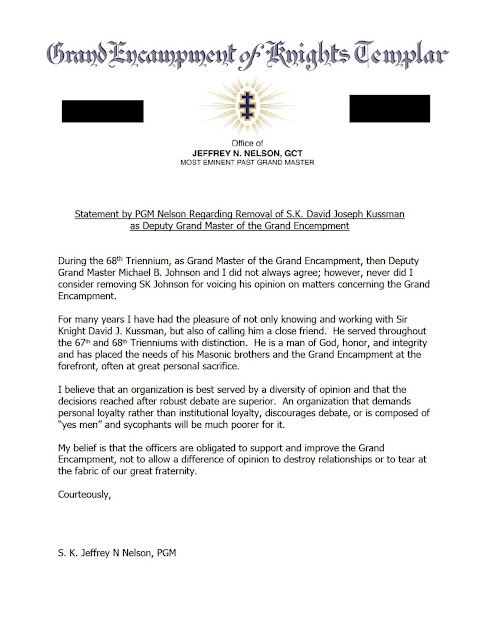