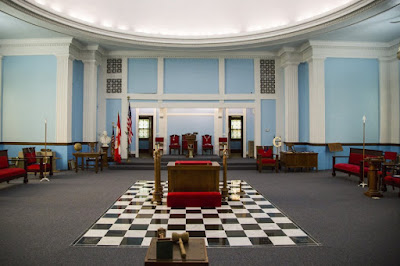 Brethren of Joppa Lodge 315 in Bay City, Michigan are proud to show off their remodeled new home this weekend with an open house. They sold their former large temple building in 2005, and spent the last eleven years sharing space in other Masonic facilities. But in January of last year, they purchased a smaller (but still historic) facility that retains a very old feel in a new location. 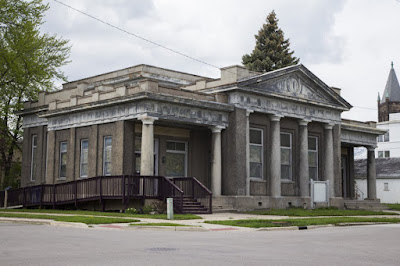 From an article from the Bay City Times:


The Masons are hosting an open-house at noon on Saturday, May 14, following months of renovations to the building.

The Masons previously operated out of the Masonic Temple located at the corner of Sixth Street and Madison Avenue. It was an ideal lodge for the group when membership numbers were in the several hundreds. As membership dropped in the 2000s, leaders realized it wasn't a viable option.

The Masons purchased the former dinner theater in 2015 for $115,000. The neoclassical Greek building, which formerly housed the Church of Christ Scientist, was built in 1911.

By way of comparison, this is the lodge's former home in Bay City. 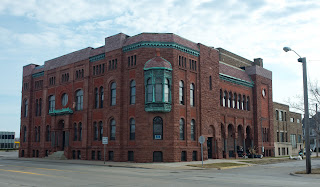 The current membership has shrunk to 180 members, making the old temple too much for them to support. One estimate in 2005 for repairs was $3 million. Fortunately, they held out for a new location that still feels very traditional and befitting the fraternity, instead of just erecting a steel shed in a suburban cornfield. Well done, Brethren.
Written by Christopher Hodapp at 5/13/2016