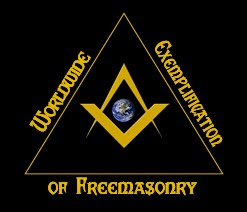 The third video presentation from the Worldwide Exemplification of Freemasonry is up and running. It appears that, after the first two presentations and some challenges with the various video formats, the organizers have gone to archiving the videos on Vimeo in Flash format. 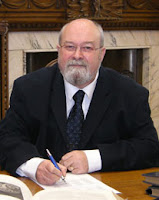 This week's presentation is "The Evolution of Scottish Freemasonry" by Robert L.D. Cooper, PM. Brother Bob is the curator of the Grand Lodge of Scotland Museum and Library, and the author of The Rosslyn Hoax, Cracking the Freemason's Code, and The Masonic Magician.

Last week's presentation was "The Gift of Irish Freemasonry" - by R:.W:.Brother Robert T. Bashford of the Irish Lodge of Research.

The first was "The Four Crowned Ones" by Dr. John S. Wade, PM.