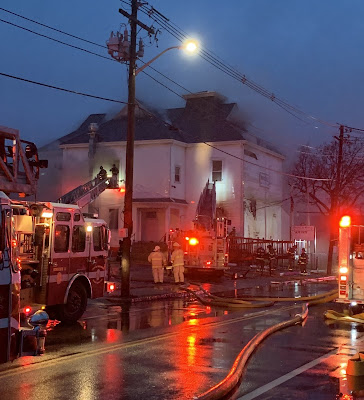 by Christopher Hodapp
(This story has been updated on January 2, 2021.)
Fire broke out early Christmas morning at the Prince Hall Grand Lodge of Rhode Island's headquarters in Providence. According to news reports, the fire started in the basement of the building and spread quickly throughout the structure, whipped by strong winds. The three-alarm fire was described by the local public safety commissioner as "stubborn," and some 59 firefighters were eventually called to the scene to battle the blaze. 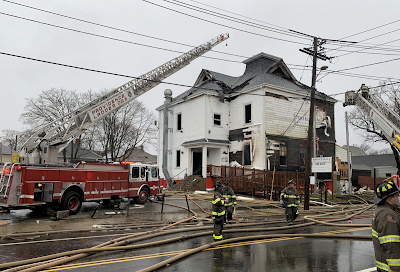 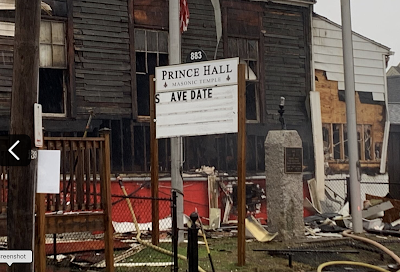 No one is known to have been in the building, and there are no reported injuries. Preliminary judgement by local fire officials is that the building will likely be a total loss.
The Masonic hall at 883 Eddy Street in Providence is also the home of Celestial Lodge No. 2 PHA. It had been crowded with people on Thursday for the lodge's annual Christmas toy drive.
The MW Prince Hall Grand Lodge F&AM of Rhode Island has been located on Eddy Street since its very beginnings in 1858.
UPDATE:
WB Richard Lynch, the Curator and Librarian for the Grand Lodge of Rhode Island F&AM passed along additional photographs of the damage to the building after the fire.
His message read, in part:

"Our Grand Master M:.W:.Gary Kaufman has been in contact with M:.W:.Clarence Snead of Prince Hall and the Grand Lodge of Rhode Island has offered our building and our Scottish Rite Temple to the use of the brothers of Prince Hall. We will also be supporting them financially in their time of need." 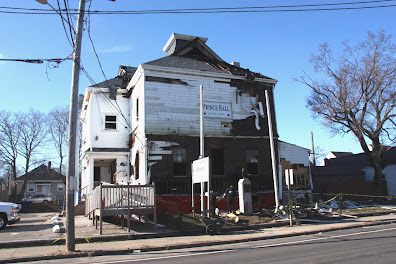 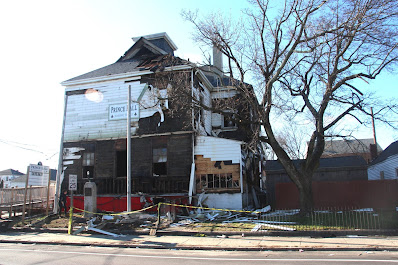 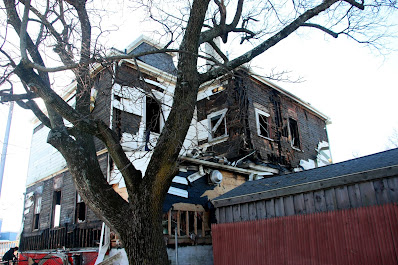 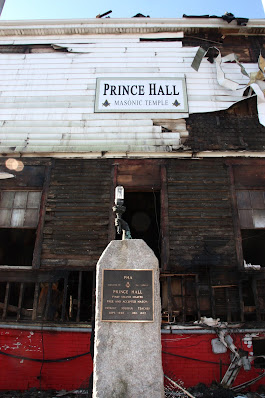 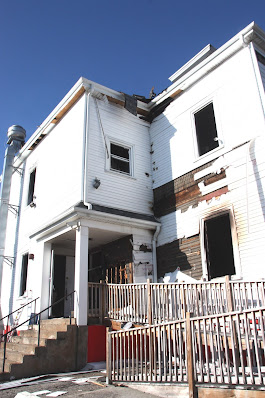 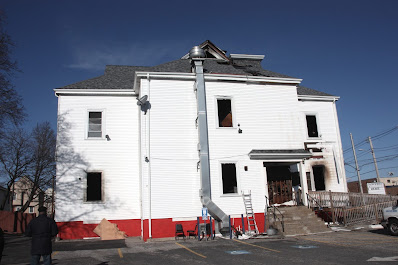 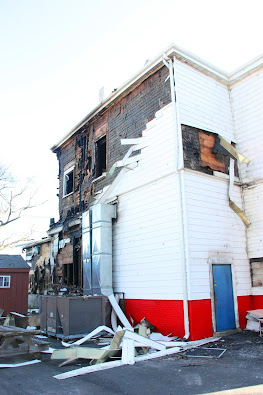 On Thursday, December 31st, a story on the WJAR TV-10 website announced that the Prince Hall Masons are accepting donations to rebuild:

"The fires in our community continue to burn, and without Prince Hall Masonry here in the south side of Providence, we may not be able to address some of those issues that we've been addressing over the years," Bennett said.
The lodge was used for charity purposes like toy, clothing and food drives, community events and special meetings.
"It's not just about the 120 Masons we have here today. It's about the thousands of members that we had over the last hundred years," Bennett said.
The cause of the fire is still under investigation, and officials with the Prince Hall Masons say they're hopeful the fire was an accident.

Donations can be sent to the Prince Hall Capital Campaign Fund, P.O. Box 27900, Providence, RI 02907 or made through GoFundMe.
Posted by Christopher Hodapp at Friday, December 25, 2020